Jump to turntables below £699 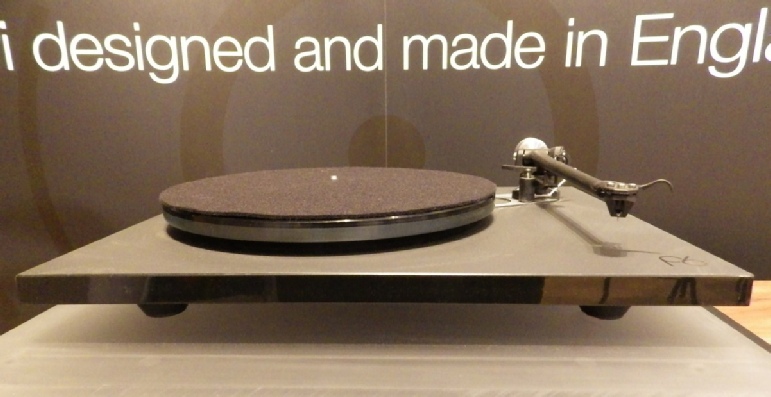 The Planar 6 (also called PL6) is the replacement for the very successful RP6 turntable. The most obvious change from its predecessor is the plinth, which is now made from a very lightweight foam cored laminate and finished in a tactile matt black on top with gloss black edging.

The turntable is powered by the Neo psu, a precision supply that offers both 33.3 and 45 rpm speed switching as well as user settable fine speed adjustment. A Rega white belt is included as standard, as well as a new smoked dust cover.

It is available without cartridge as well as a package price including Rega MM and MC cartridges, please see prices below. 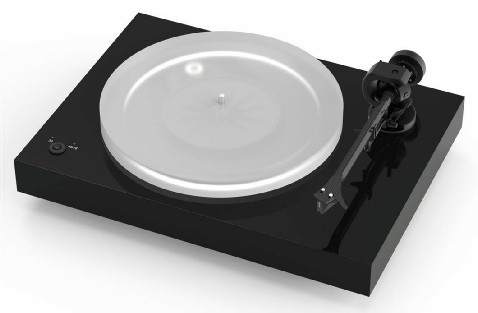 The X2 is, as the name suggest closely related to the X1 turntable featured elsewhere on this site. The main changes between the two models is that the X2 features a thicker plinth and platter, a different cartridge and another finish choice (detailed below). 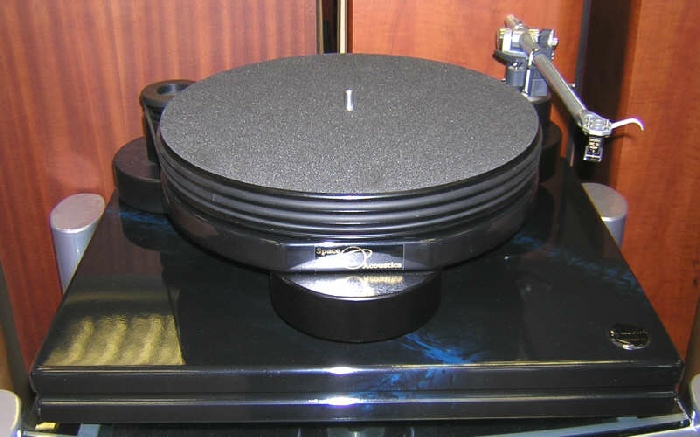 The Nottingham Analogue Space deck has been around for a few years now (with over 10,000 sold) although you’d never know it, as it looks as fresh today as it did when it was launched.

The deck rests on a square wooden platform which is finished in gloss black as standard (the marble effect blue plinth in the pictures is no longer available), other colour options are available to special order. The deck can be used with or without this platform, as the deck and motor are both free standing.

It features a high mass platter and low torque motor, the idea being that the motor effectively tops up the energy to keep the platter rotating but without any excess that would result in a cogging effect as it rotates. This has a useful side effect in that the deck does away with a power switch, to use the deck you simply start the platter spinning by hand and stop it by slowing it, simple and wonderfully effective.

Almost any arm can be accommodated on the deck including Rega’s, SME’s and of course Nottingham Analogue’s own models. It’s also possible to fit two tonearms when required.

The deck is also easily upgradeable, with a wide range of modifications available from the factory, it also responds very well to the addition of a good power supply  (see our turntable power supplies page for more details). 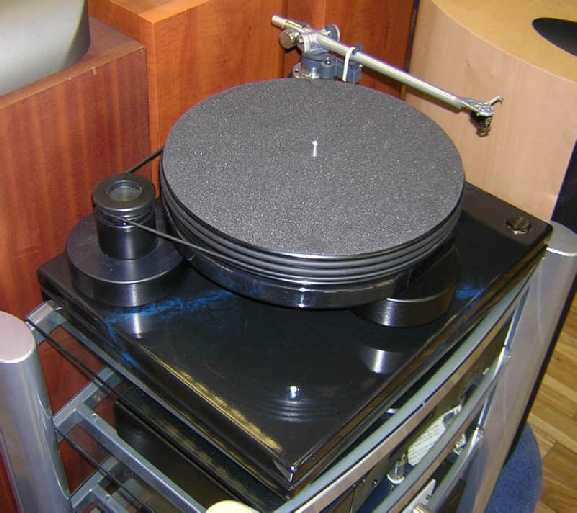 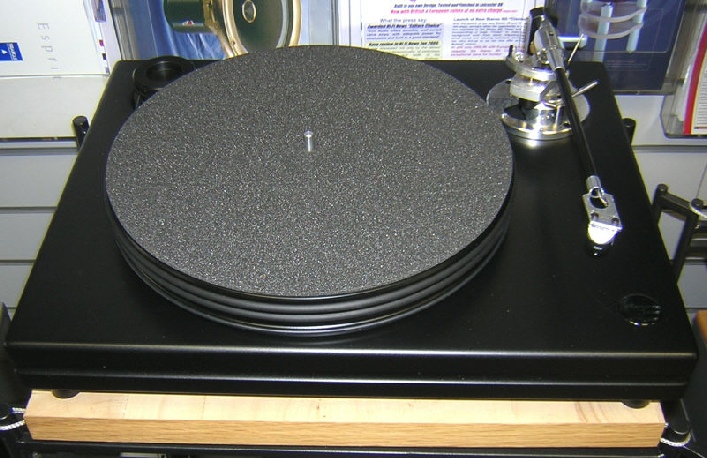 The Interspace junior is a package of turntable and tonearm from Nottingham Analogue. The deck is based around a very solid plinth, with which houses the motor and bearing, and like the Space Deck it features a high mass platter. The tonearm is the Interspace unipivot tonearm with carbon fibre arm tube. We feel this is an excellent combination, which offers fantastic value for money and build quality. 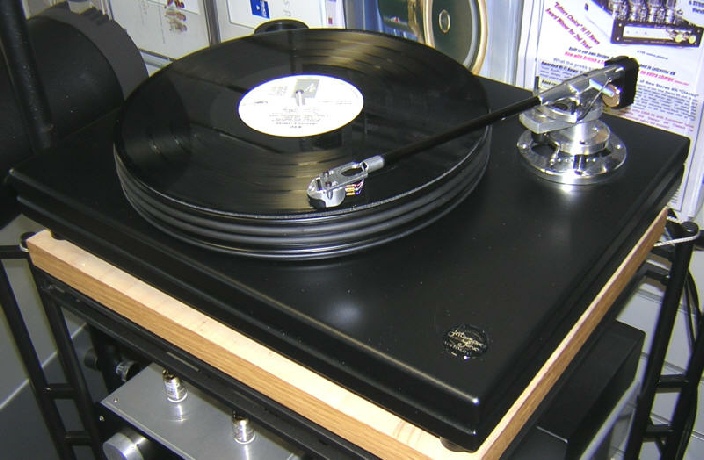 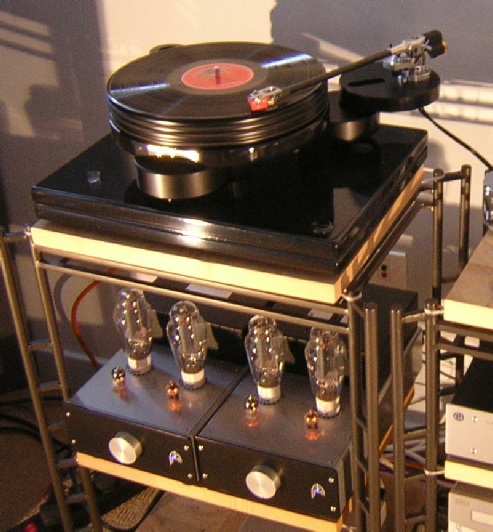 This is an evolved version of the standard Spacedeck mentioned above. It features a bearing with a higher  lead/bronze mix in it as well as a thrust pump at the bottom (like their more expensive decks). This gives a quieter bearing, lowering the noise floor allowing low level detail to be retrieved more readily. The armbase and motor housing are made from Steel with 10% lead content instead of the Aluminium used on the standard deck, again giving (much) higher mass and more damping.

Despite only a relatively small price jump and near identical appearance, the Ace Spacedeck really builds upon all of the strengths of the Spacedeck, the sound has even more authority and stability (which was hardly a failing of the original) without losing any speed or openness. For me, this deck is an absolute bargain for the performance it offers and is very highly recommended.

The turntable base and plinth are finished in black as standard, but other many other RAL colours are available to special order. 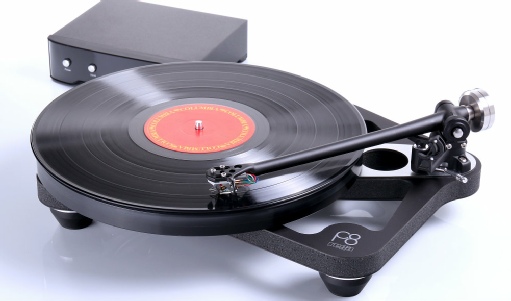 The Planar 8 is a striking evolution of the award winning RP8. What made its predecessor special, the lightweight skeletal chassis, has been taken to the extreme, with the latest model being much smaller and lighter yet simultaneously stiffer too. There’s no hinged lid or outer frame this time, just a lift off acrylic cover which is an elegant solution to keeping dust off the platter but of limited use stopping enquiring small fingers from touching the cartridge. 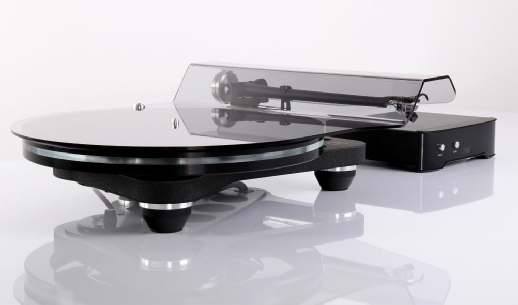 The tonearm is the new RB880 which features various advances over the old RB808 and boasts bearings that are optimised for exceptionally low friction without free play and are claimed to be adjusted to be accurate to within 1000th of a mm.

Finishing the deck off is a triple layer glass platter with very strong flywheel effect thanks to the concentration of weight at the perimeter, and the Neo PSU power supply which provides a clean supply with electronic speed control.

This is the third and top Space deck derivative, it has the same refinements seen in the ACE Space deck shown elsewhere but with a large 14” (355mm) platter which gives much more rotational stability due to its increased inertia. It can only be used with a 12” tonearm for obvious reasons, and unlike the other models in the range it will not take two tonearms.

The turntable base and plinth are finished in black as standard, but other many other RAL colours are available to special order.