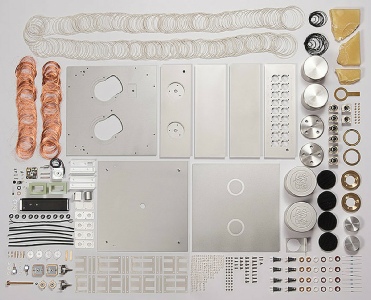 When it came to order our own Bespoke Audio pre amplifier (more details about this product here) for demonstration we thought we’d share the process, as it’s one of the most thorough we’ve come across. What you will see here is the normal build updates any customer will get that details the creation of their pre amplifier, which the Bespoke Audio Co kindly let us share with you.

The beauty of this design is that it is really only limited by your imagination. Much like specifying a new car you can play with all the options on the very cunning configurator on the Bespoke Audio Website

The basic electrical specification was quite easy for us as we wanted something that was pretty conventional in functionality. So we went for copper wired throughout, with 4 RCA inputs, 2 XLR inputs and both XLR and RCA outputs - basically enough to cater for any use we could dream of here. There’s a popular option to go for uprated Furutech XLR sockets, and we decided to include those.

Now onto the cosmetics, and this is where you can spend a lot of time experimenting. With three standard case finishes, five lids options and four trim specification the number of combinations is massive, and that’s before you  delve into the very tempting world of custom options.

We wanted something that would show off the product but also was slightly under stated and after a lot of experimentation and indecision we came up with the combination shown in the screen shot below (click to enlarge).

The order was placed, so then it was just waiting for the next step. Apparently this was the very first time this combination of finishes had been selected together. 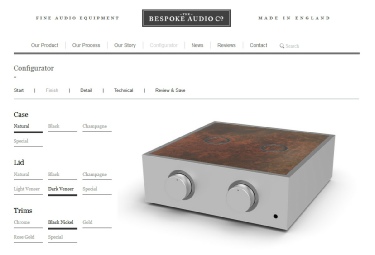 As usual, we didn’t have long to wait at all, the serial number of our unit has been designated as number 52.  We were immediately provided with details to sign off via two pdfs which you can see here: 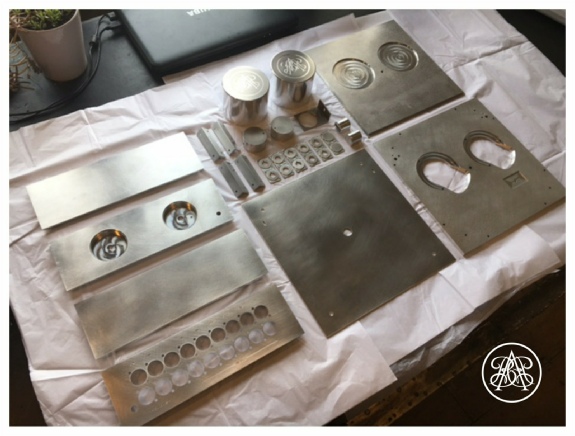 About a week from the last update there’s an email through to confirm that the build work is well underway.The bobbins prepared and the transformer winding has begun. The brass trim is being engraved ready for plating and the casework has been readied for anodising, and a picture of it laid out is tantalising included (above).

The build is well under way (about a week after the last update), whilst the metalwork is away being finished the loom has been built up. This is done on a 3D printed version of the pre amp which acts as a jig and prevents any damage to the finished casework during this stage of construction. 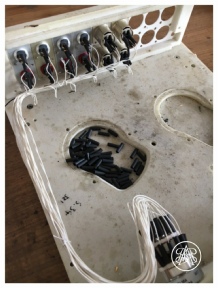 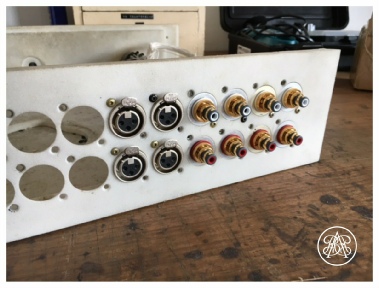 The transformers have been wound and are being wired up ready for testing before they're potted in beeswax in their Mu-Metal cans and then wired to the ‘Level’ switch.

Above: Veneer options 1 to 4 from left to right

There’s another decision to be made, Bespoke have four dark Burr veneers which we can choose from. We can’t come to a clear winner so have put the question onto Twitter and Facebook. Please note the veneers shown here are not yet oiled, this will darken them and bring out the lustre of the wood.

Ultimately this pre amp will feature in our showcase room once it’s here and had time to run in, and we are also planning a special event with the Bespoke Audio Co here within the next few months.